Finding support from Central Iowa students or companies for the Des Moines-based nonprofit Pi515 is not a challenge.

Finding time for those students and companies to work together? That’s the challenge.

Pi515 offers at-risk and refugee students in Central Iowa computer science, coding and STEM programming paired with financial literacy and college prep. In November, Pi515 hosted its first fundraising event, raising over $15,000. During the event, Founder Nancy Mwirotsi said Pi515 has an initiative for 2018 to recruit and introduce 100 new students to technology and have them able to develop a website.

We caught up with Mwirotsi to get an update on Pi515 but also about the diversity among business owners in Des Moines.

Our Q&A is below:

What areas do you target with Pi515, is it mainly Central Iowa?

NM: Yes, Central Iowa. I have had the opportunity of talking STEM to kids in Atlanta, North Carolina and even Texas. I do these talks called the power of STEM education and it’s earning potential. I also talk to parents and tell them to engage in their child’s education.  I love speaking to kids, because of their curiosity. In one of my recent conversation in Texas one girl said, ‘We need to see people occupying these professions, which are known to exist, but do not see.’

NM: Well, we started really well. We recruited about 45 girls in our first recruiting event. The grand goal is to get 100 kids building websites this year, by partnering a school with a tech company that would provide instructions for the class using our curriculum.

What we didn’t expect was time conflicts. Most schools prefer classes to be held in the afternoons from, 1-5 pm. We are rethinking this since these hours are in conflict with the companies. Our plan B is to use college students to teach then have tech companies at least offer two soft skills classes and invite the students to their business. This seems to work best for all.

We have many good things planned for 2018.

How has Des Moines evolved with diverse businesses?

NM: I am African and I remember our first and second African Shops in the city. Now we have more than 20, they have truly transformed some part of Des Moines, look at MLK, Douglas by 28th street all the way to Euclid and Eighth Street.

We have seen raise in black women business according to the National Women Business Council, that growth has gone up by 137%. I remember a few years back a lady asking me to start a braiding shop for her, I told her I couldn’t and that led me to champion for the women to start African braiding shops without going to cosmetology school. Reason being, cosmetology school is very expensive and they don’t teach African braiding. This is a skill learned just like Art, it is actually an Art.

These women had never been to school but came here as refugees with the skills of doing hair. Since them we have seen them start braiding shops. You can have diversity only if there is a free environment of exchange; to be able to allow people to speak for themselves.

Do any roadblocks exist at the legislative level?

NM: The braiding bills was one.

One of the most difficult roadblocks that exist in Legislature is when a whole group can’t assert their identity against the environmental forces that be. The group without representation; starts taking on the aberration of reactions to sustain themselves. The only diagnosis is immediate grassroots organizing.

For an example, if the people had native representatives, to serve at least as mediation, most of the legislative mistakes would be non-existent. The legislative body would have been informed that our women have been braiding hair, house to house, for a long time and that Braiding hair was a very lucrative business. When the people have no basis to plead for their own cause then we will always have a semi-deaf legislature.

Have you seen this improve?

NM: There has been much improvement over the course of my time in Iowa.

Yet such improvements must be seen as a means to our goal not as an end. Although there has been much minority business, rising up on the Iowan horizon much more still needs to be done. 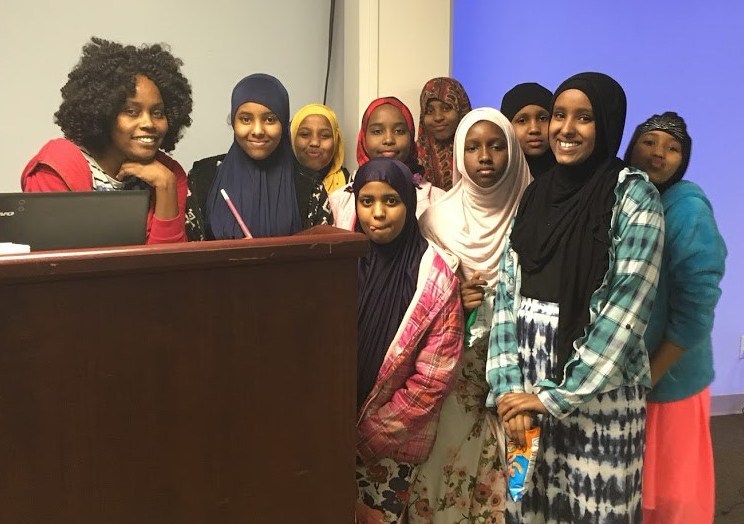