On any given morning, after rolling out of bed but before tackling to-do lists, roughly 64% of Americans start their day by reaching for a cup of coffee according to Reuters. It’s a staggering figure and one that points to a booming industry that Rod Johnson and Pernell Cezar wanted to be a part of.

Johnson and Cezar realized that, besides the fact that brews from freshly ground coffee beans taste fresher than pre-ground beans, consumers knew little else about their daily cup of joe.

Take, for example, the fact that coffee is just a fruit seed.

“It’s literally the pit of a cherry that’s just grown in a coffee-growing region. Mountainous regions allow the soil to be much more prime for those notes to come out…whether that’s nutty, fruity, [or] floral. Either way, it should still have some distinctiveness to it… for the consumer to understand why they would pay more for it,” Cezar says.

Friends Making a Difference Together

Childhood friends Johnson and Cezar grew up on the same block in Gary, Indiana. They launched BLK & Bold coffee from their headquarters in Des Moines, Iowa, a year and a half ago, after stepping back from established careers in higher education fundraising and retail merchandising. As daily coffee consumers, they noticed a lack of representation and set out to fill a void in an already booming industry. They quietly built BLK & Bold over the coming months, which eventually incorporated a tightly ingrained social impact model that dedicates 5% of their proceeds toward issues such as helping eradicate youth homelessness and addressing food insecurities. 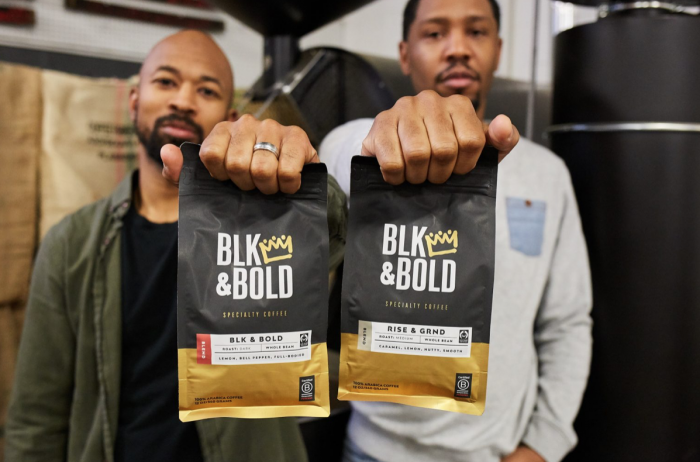 “We really wanted to find a way to impact that vulnerable demographic by doing something we do every day, which is enjoying a cup of coffee or tea,” says Cezar.

Their model plants them firmly on the same plane as other major mission-driven organizations such as Ben and Jerry’s and Warby Parker, who have fulfilled a calling to give back but with one distinct difference — their donations are all funneled back to domestic causes.

“The vision of the brand goes back to amplifying contribution and awareness of how for-profit can be this engine for domestic impact,” Cezar explains.

Creating a Process to Perfection

Cezar and Johnson oversee every operational step, which begins with identifying importers they trust and then sourcing beans from various providers, who are specifically chosen based on their dedication to their role in the process. After selecting importers, the BLK & Bold team aligns on the desired taste profile for each blend.

That’s where the cupping process starts. Cupping is the formalized practice of tasting coffee to identify defects but also any distinct flavor notes within the coffee. This gives the team deep insight into which beans they want to bring into their offering.

Once the product is ordered, Cezar, Johnson and team begin the roasting process, while continuing to cup to fine-tune the flavor profile they want to replicate in their packaged coffee. Roasting and cupping, as well as packaging and distribution, all happen from their Des Moines facilities.

To keep the delicate coffee flavors and aromas intact, BLK & Bold also uses beans that have been sun-dried, allowing them to have more contact with the skin of the fruit. The full fruit is rotated throughout the week, giving each bean full exposure to the sun. Most coffees are wet-processed, which means the beans are immediately removed from the fruit through a “de-pulping” process and then washed to remove any remaining berry skin. It’s this process that can also remove those subtle fruit notes often found in high-quality coffee.

Their rapport — going back and forth to let each other chime in as they discuss the product and process — points to a long-lasting friendship.  In addition to maintaining close communication and giving back to the community, they’re vocal about their passion to educate consumers, while encouraging more Black Americans to drink the beverage. 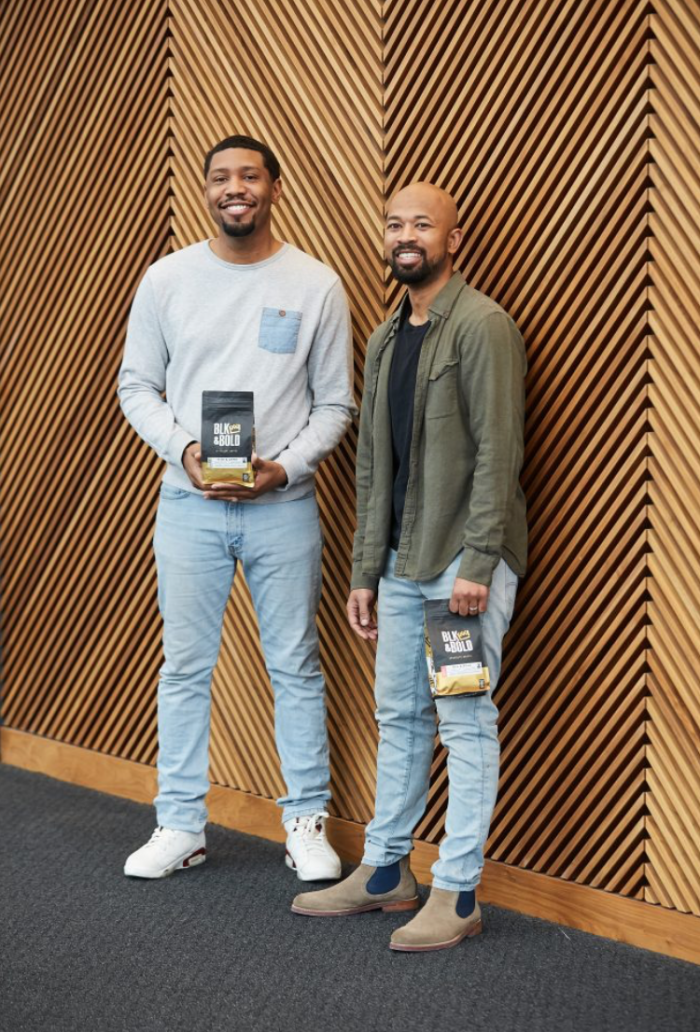 “They just happen to drink coffee and don’t have the education of what they’re consuming, which is literally how Rod and I were. That is why we were so excited to build something to help educate people and share with them the intentionality of … what they consume,” Cezar explains.

If Black consumers don’t drink coffee because of a lack of representation, BLK & Bold believes it can help to fill that gap.

With a successful launch now behind them, Cezar and Johnson are far from done. Future plans are always a work in progress, but customers can expect to see BLK & Bold on more shelves throughout the country. They’re also planning a line of specialty beverages, including single-serve coffee bags in compostable packaging, as well as ready-to-drink beverages down the line.

But perhaps what they’re most excited about is the opportunity to continue to give back.

“The more we can build access and distribution within our markets, the more that five percent [donation will] correlate back to their market and it can become more sizable and more normalized. We want to create a new model for new representation for all these things that have already existed and never had a way to connect.” 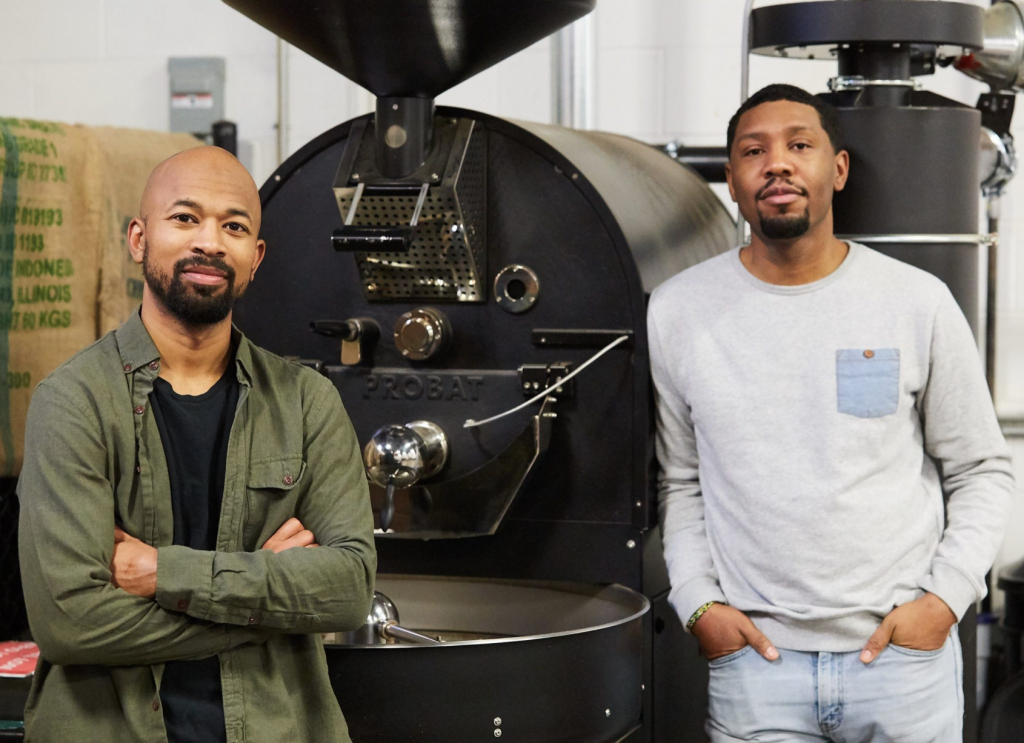 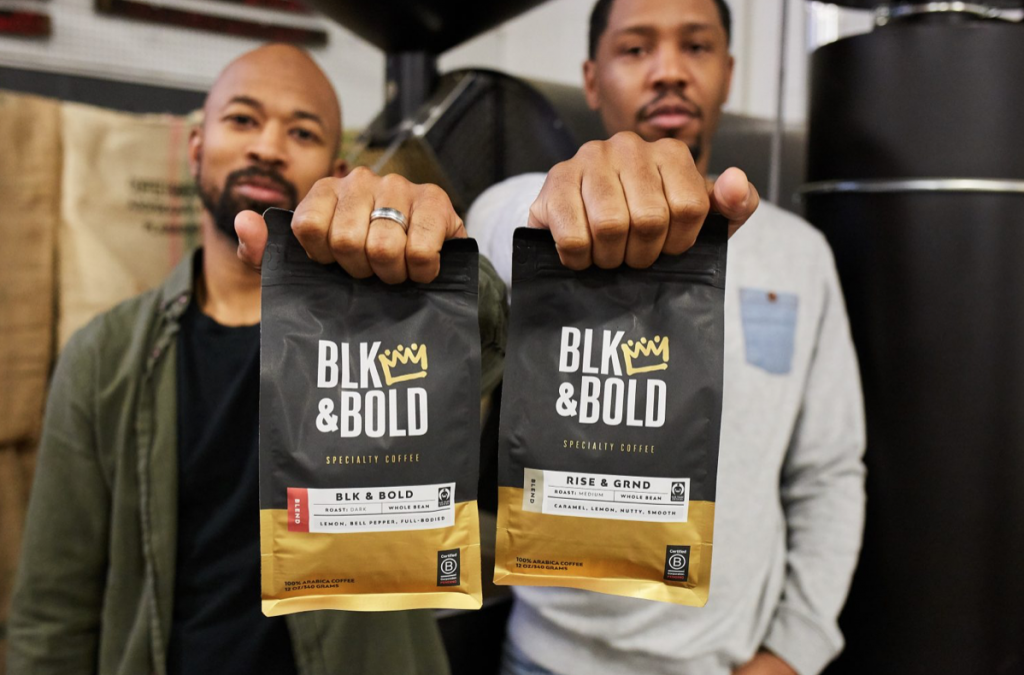 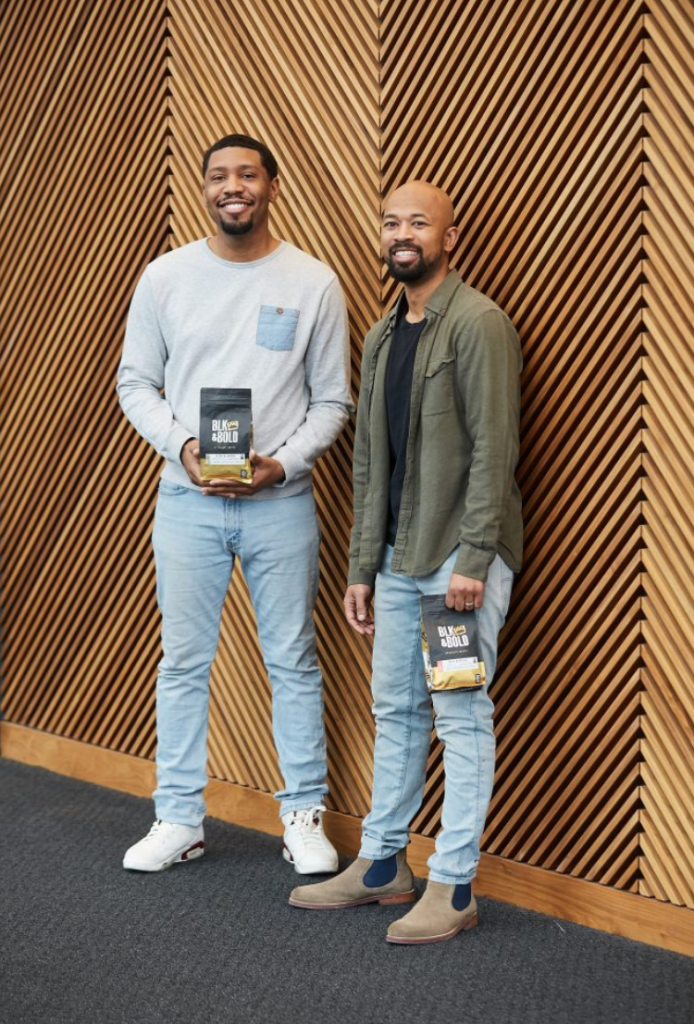